From 1989-1993 I worked as artist in residence with the Asian community in Glasgow. I worked closely with an organisation called the Scottish Asian Action Committee during this time, collecting and making artworks in response to racially motivated incidents in Scotland and throughout the European Union. The concept for this airborne work utilised this research.

In 1995 an article was published in the June Welt Newspaper in Frankfurt, Germany about a 41-year-old unemployed Kurdish man who had been fined approximately £1000 for insulting the state by using the words “state racism”. He had made this statement during a public rally against the German government over an incident involving the death of a Kurdish youth shot by police while erecting political posters. In Germany, it became a crime to insult the state publicly.

The work was entitled: INSULT THE STATE? There were two flights of the work over Dublin. It first flew over (and circled for half an hour) the Department of Foreign Affairs building and Iveagh Gardens, Dublin (as Ireland had the presidency of the EU that year) on September 5th 1997 at 5pm for the opening of the exhibition.

The second flight was on September 28 th 1997 over Dublin city centre and Croke Park, where the All-Ireland hurling final was being played. It circled here for a half an hour and made a brief appearance on RTE television. Both flights were of one hour’s duration each.

The banner was 40 feet by 10 feet, the material was a see through plastic mesh with red plastic lettering. Each letter was 4 and a half feet high. The work features in the SSI/Ireland and Europe International Aer Event catalogue, with an introduction from journalist Fintan O’Toole. Published by the Sculptors Society of Ireland 1997. 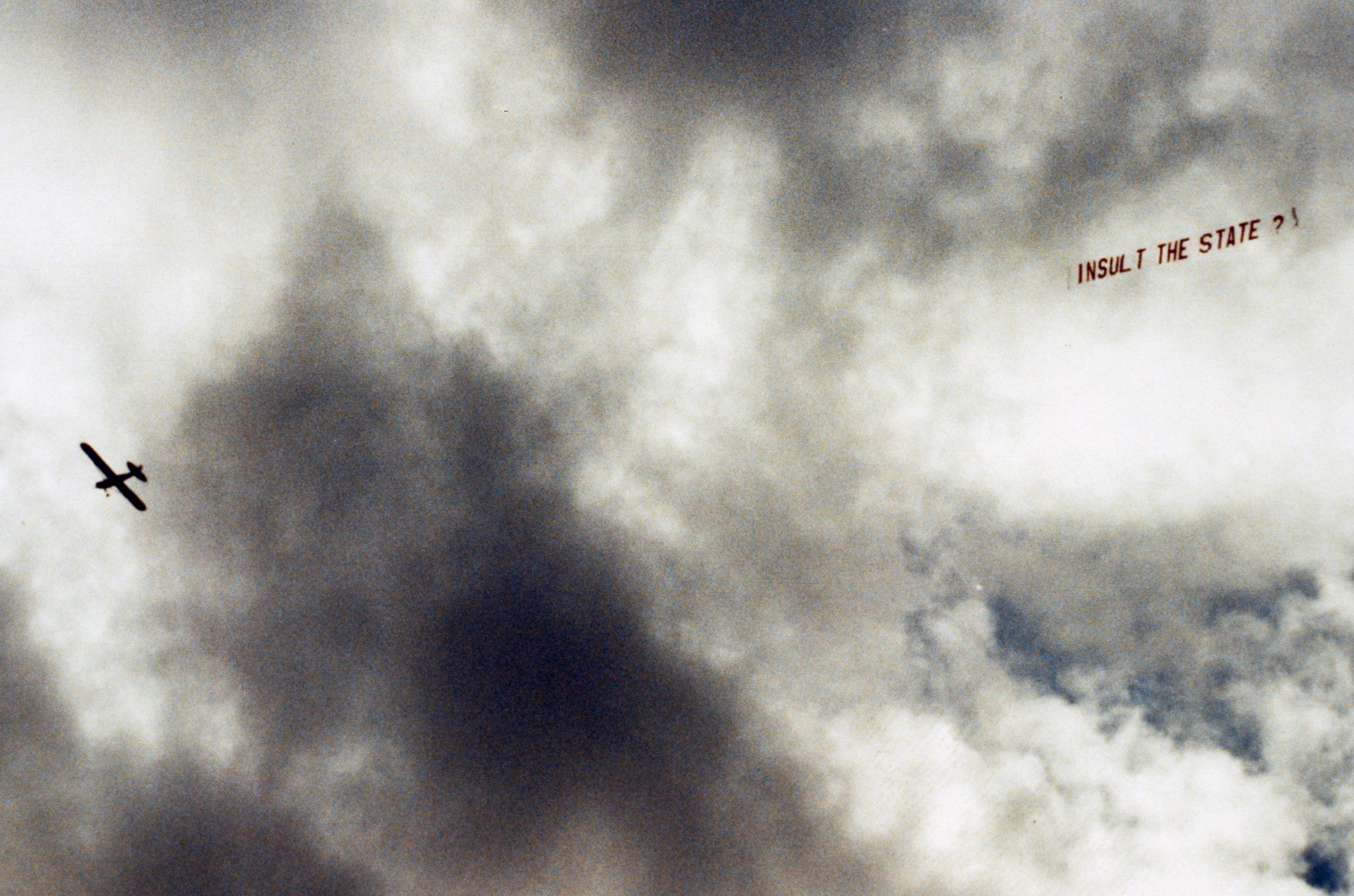